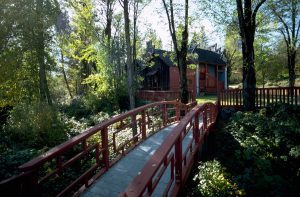 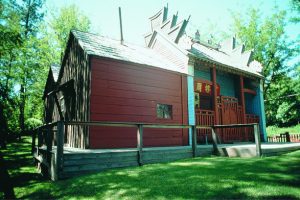 The temple is the oldest continuously used Chinese temple in California. On display are art objects pictures mining tools and weapons used in the 1854 Tong War. This Taoist temple is still a place of worship and a fascinating look into the role played by Chinese immigrants in early California history. The temple was built in 1874 as a replacement for another that had burned. In an effort to preserve this important part of California's Chinese tradition the temple became a part of the California State Park System in 1956. Many of the historical objects have been restored and the structure itself stabilized. In addition to the temple equipment there are Chinese art objects pictures mining tools and wrought iron weapons used in the 1854 Tong War.