Kendall first started acting during grade school and continued throughout high school. As life would have it, that passion would be placed on hold while serving in the United States Marine Corps and fighting in The Persian Gulf War. After his time in the military, he was involved in community leadership and founded a successful business. Twenty years later, he attended a leadership school that helped renew his love for acting, filmmaking and storytelling. In 2015, he founded Chaos2Love Productions which has produced internationally distributed and award winning short films, documentaries, and web-series. He co-produced “The Back Pages” web-series which got picked up by Amazon Prime Video and TubiTV. He is currently the Head of the Film & New Media School at Bethel Conservatory of the Arts. Most recently, Kendall acted in re-creation scenes in the soon to be released documentary “Buying Her” and a national commercial. 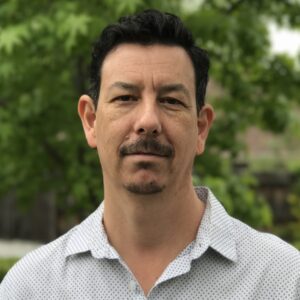