Paul Zenk
At 12 years of age I stood in the Musee du Louvre in Paris France memorized by the Mona Lisa by Leonardo da Vinci. At 15 years of age I traveled Europe alone, via Euro Rail. By the time he was 16 I had seen 85% of Europe nearly the entire Middle East and significant part of the Soviet block countries Including Russia & East Germany. Both my Mom and Dad loved going to museums, so in every country we visited the most interesting and famous places. Taking pictures the whole time. I had a little black and white camera and tons of little film cans. I bet you remember those.

I always wanted to do something with film, even when I was a kid it was all ready my life. I had a wet and dry darkroom my dad helped me build. Really cool parents I must say. I worked on the school year book for 5 years from middle school through high school. About the time I was finishing up high school in Springfield Virgina I figured out that cinematography was the plan, and off I went to Montana State University to get my degree in F&TV Production with an emphasis in cinematography. My dad bless his heart bought me a 16mm Bolex camera on a spur of the moment in a little film store in Washington DC. Used it all through college.

After graduating from Montana State University in Bozeman, Montana, with a B.S. in Film and Television Production, I moved to Hollywood, California, primarily working as a Director of Photography.

Working on hundreds of projects throughout my career, I have a wide-ranging breadth of experience and knowledge as a Director of Photography on both small-scale productions as well as large, multimillion-dollar projects. These projects frequently require different skill sets, and through necessity, I learned these skill sets, which have added to the production value of each project that I have undertaken.

Hollywood allowed me to learn from the very best in the film and television industry. Hollywood is a place where production techniques and equipment technology are epitomized, allowing for the best possible learning, one in this business could effectively put to use. Because of these rare, yet fundamental learning experiences, I have been able to gain a knowledge of the film and TV industry, which has by far been the best training ground to take from and apply toward any job.

Whether it was filming on a set in Hollywood for the latest and must-have products for sale or making my way deep into the Everglades of Florida for “The Natures Series” produced by PBS, lighting and cinematography has become a way of life and a passion for which I strive to craft and create a fresh look for each project.

Thanks for reading
Paul. 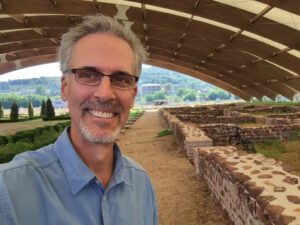