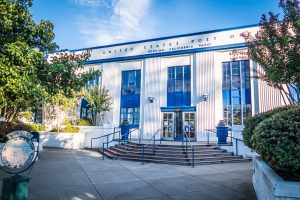 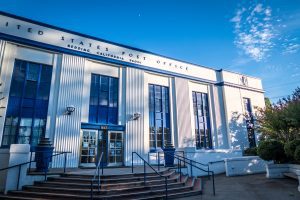 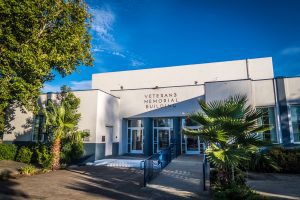 In 1933 the Post Office Department of the U.S. bought the land west of the railroad tracks to build the current facility. In August 1935 in the midst of the Great Depression bids opened for the construction of the new post office. Dimwiddie Construction Co. of San Francisco was awarded the contract for $83000. The building was designed by Louis Simon. The downtown post office opened its doors in 1936. The lettering on the front of the building is original as well as the repainted cylindrical light fixtures at the top of the stairs. The inside of the building has undergone renovation and an addition was built as the city grew. Some historic black-and-white post office photos are displayed in the lobby.