He has produced numerous short films, including Consecrated, which was accepted to Trail Dance Film Festival in 2014. As a member of the media team at Victory Life Church from 2011-2015 he was equipped and trained in all aspects of broadcast. He thrived there as a camera operator, where he was frequently praised for his work. In 2015 the church broadcasts were reaching three million people a week. He has been a part of other projects in the state including Boomtown: An American Journey, which would go on to win a regional Emmy Award. He has been profiled in The Oklahoman, The Durant Daily Democrat, and The Southeastern for his film work. He is also listed on the Internet Movie Database (IMDb).

Since 2018, he has been employed by Gabbart Communications as the Video Content Producer, in charge of producing training videos for Gabbart's expansive and diverse client base. 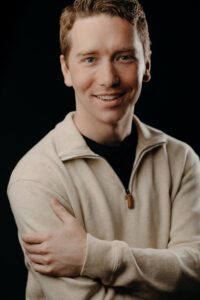